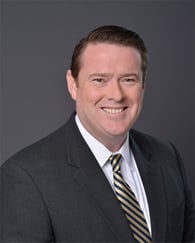 The author of this post, Derek Stikeleather is a partner at Goodell DeVries and represented the defendant in the appeal. This article does not address any case-specific facts and instead focuses on the holding's impact on Maryland law generally.

After more than a decade of incrementally adopting the Daubert standard — and the steady erosion of Frye-Reed as an independent, additional requirement for trial courts applying Maryland Rule 5-702 — the Court of Appeals has clarified Maryland law on expert testimony. In Friday’s landmark Rochkind v. Stevenson opinion (its final of the Term), the Court formally adopted the Daubert standard as controlling Maryland law.1 In doing so, it retired the superfluous Frye-Reed test, which had not only become riddled with exceptions but also evolved into the same "analytical gap" test that courts use when applying Rule 5-702 to expert testimony.

The change is effective immediately, and it applies to all "cases that are pending on direct appeal [on August 28, 2020] …where the relevant question has been preserved for appellate review."2

But much of what the Rochkind Court says isn't new at all; it’s just much clearer. Maryland courts had already been told to consider the Daubert factors. And they had already been told that the Frye-Reed and Rule 5-702(3) tests had merged into Daubert's "analytical gap" test. The only trial courts that now have to change the way they screen expert opinions are those that have not been following the — admittedly confusing — precedent on Rule 5-702 over the last decade. For those judges who have been keeping pace, the Rochkind opinion has not changed much about the interpretation of Rule 5-702 except the label.

Although the Supreme Court's 1993 Daubert decision introduced a five-part test for weighing the admissibility of scientific expert testimony, subsequent opinions clarified that Daubert applied to all expert testimony under FRE 702. And because the Daubert standard is more flexible than the Frye test that it replaced, federal courts have added additional factors, to be used depending on the type of expert testimony proffered. The Rochkind opinion reflects this expansive Daubert test and states ten factors for trial courts to consider when applying Rule 5-702. First, courts must consider the five original Daubert factors:

(1) whether a theory or technique can be (and has been) tested;

(2) whether a theory or technique has been subjected to peer review and publication;

(3) whether a particular scientific technique has a known or potential rate of error;

(4) the existence and maintenance of standards and controls; and

(5) whether a theory or technique is generally accepted.

Because "courts have developed additional factors for determining whether expert testimony is sufficiently reliable," Maryland courts should also consider:

(6) whether experts are proposing to testify about matters growing naturally and directly out of research they have conducted independent of the litigation, or whether they have developed their opinions expressly for purposes of testifying;

(7) whether the expert has unjustifiably extrapolated from an accepted premise to an unfounded conclusion;

(8) whether the expert has adequately accounted for obvious alternative explanations;

(9) whether the expert is being as careful as he [or she] would be in his [or her] regular professional work outside his [or her] paid litigation consulting; and

(10) whether the field of expertise claimed by the expert is known to reach reliable results for the type of opinion the expert would give.3

The Rochkind court re-emphasized that the "Supreme Court’s guidance in Daubert, Joiner, and Kumho Tire is critical to a trial court’s reliability analysis" and that the Daubert inquiry is "a flexible one."4 Maryland courts must continue to "consider the relationship between the methodology applied and conclusion reached" to guard against any opinion that has an “analytical gap"[5] Rather than revolutionizing Maryland evidence law with the formal adoption of Daubert, the Rochkind court has merely clarified that Maryland's existing precedent on Rule 5-702 must be honored and provided a less confusing test for doing so.

This post originally appeared on the Maryland Appellate Blog, the blog of the Maryland State Bar Association Litigation Section.