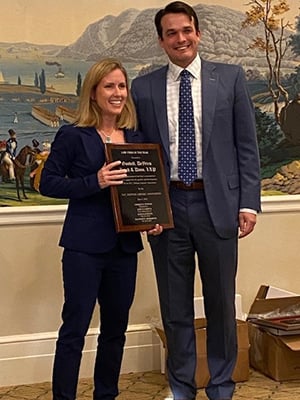 Goodell DeVries has been honored with the inaugural "Law Firm of the Year" award from the DC Defense Lawyers Association (DCDLA). The award recognizes the firm for its contributions to the organization's mission, its enhancement of the organization's reputation, its consistent participation in the organization's offerings, and its overall influence on the DC defense bar.

Goodell DeVries lawyers have served DCDLA in a number of capacities.

Goodell DeVries accepted the award at the DCDLA's annual banquet on June 9, 2022.

We are delighted to be recognized and consider it an honor to serve DC's defense bar. 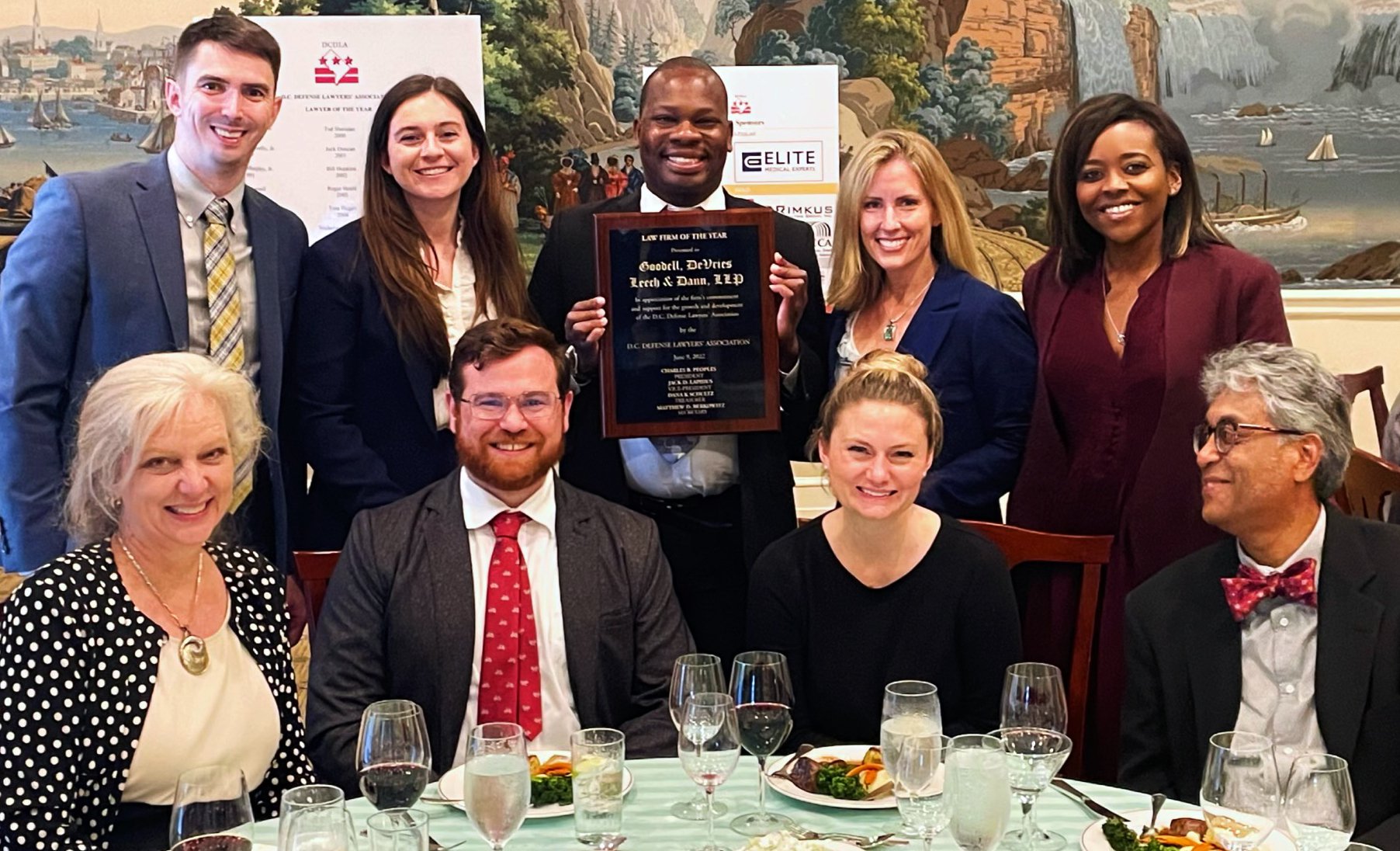