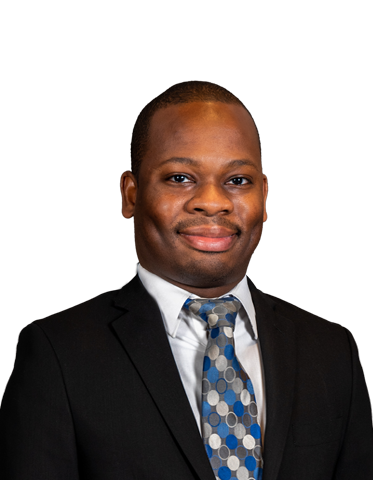 Ifeanyi Ezeigbo is an associate with Goodell DeVries and a member of the firm's Medical Malpractice group. Ifeanyi represents health care providers and health care institutions in all phases of medical malpractice litigation from commencement to completion. He is experienced in all aspects of complex litigation, including investigation, depositions, motions practice, discovery disputes, and settlement.

Prior to joining Goodell DeVries, Ifeanyi was Of Counsel at a mid-sized regional law firm with his practice focused on railroad liability, premises liability, and medical malpractice defense. He also has extensive experience with litigating toxic torts and insurance defense matters. Prior to entering private practice, Ifeanyi served as a Judicial Law Clerk to the Honorable Alfred Nance on the Circuit Court for Baltimore City.

Ifeanyi is an active member of the Bar Association of Baltimore City, where he has served on the Communications and News Journal Committee. He is also a member of the Monumental City Bar Association. Ifeanyi has been named to the Top 40 Under 40 by the National Black Lawyers Top 100 for 2020, 2021, and 2022.