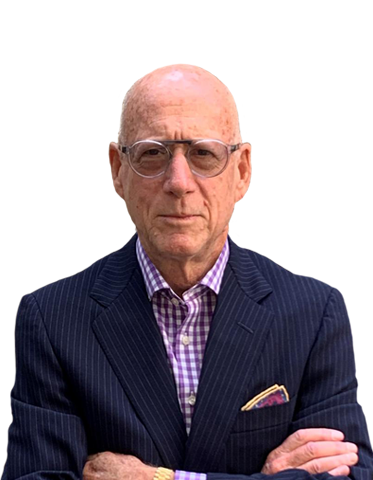 Astrachan. For a guy with such an impossible last name, people remember Jim Astrachan. He'd joke that such a distinction may not bode well, but really, it's because Jim does what he describes as "getting out there and doing it." Jim has gotten out there and blazed a trail long and wide.

As his associates will readily tell you, Jim doesn't just lecture to law students. When he's not standing in front of a bunch of students, Jim speaks nationwide on intellectual property topics, including advertising law, branding, trademark protection, and copyright protection. He and his wife and former law partner, Julie Rubin, co-hosted with Dan Rodricks a bi-weekly radio show on the law on public radio, WYPR 88.1, from 2011 to 2013. Unfettered by his questionable typing and spelling skills, Jim doesn't limit his "getting out there" to speaking. He's a writer too. Since his earlier days when he nabbed his own legal column at Adweek magazine, Jim became a fixture at The Daily Record, where his monthly Legal ADvice column was featured from 1995 to 2011.

Jim mediates complex cases for the Circuit Courts of Baltimore City, Baltimore County, and Queen Anne's County. In 2015, he was appointed to the trademark mediator panel of the International Trademark Association (INTA) in recognition of his mediation skills and substantive trademark knowledge.

Jim and Goodell DeVries partner Donna Thomas are the authors of The Law of Advertising and Mass Communications, a six-volume treatise published by Matthew Bender Lexis/Nexis since 1972. In 2013, Jim devised and was editor of The Patent, Copyright, Trade Secret, Right of Publicity, Trademark Handbook for Maryland Business and Litigation Lawyers, published by the MSBA; a second edition of this work was published in 2019.

Jim's scholarship and interest in IP subjects encompasses numerous law review articles. His article published by Syracuse Law Review, Unlawful Use in Commerce and the Affirmative Defense to Infringement: When Trademark Rights Are Not What They Appear to Be, was judged by Thomson Reuters (West) one of the best IP law review articles published nationally in 2019.

Jim is annually named one of the Best Lawyers in America® and a Super Lawyer® through a national nomination process (advertising and intellectual property law and litigation). In 2011, he was named by Best Lawyers® the premier copyright lawyer in Maryland and in 2012 premier trademark lawyer. The Daily Record honored Jim in 2013 with its Leadership in Law Award and in 2019 with a Lifetime Achievement Award. Since 2013, he has served on the Baltimore City Sitting Judges' Reelection Committee.

He chairs The Daily Record Editorial Advisory Board, is a Director of the Baltimore Bar Library, and served for over a decade on the MSBA's Maryland Bar Journal Editorial Board. Jim is a Trustee of the Baltimore Bar Foundation, Inc., where he served as Chair of its Strategic Planning Committee and is President, was a Director of Free State Justice, an LBGTQ advocacy group, through 2017, and served as the Grand Puh Bah of the Serjeants' Inn Law Club. How does he find the time?

Jim's clients include advertising agencies, advertisers, architects and designers, technology and communications firms, educational institutions, and all sorts of businesses nationwide. He wears many hats as a copyright lawyer, trademark attorney, IP attorney, and business lawyer for starters. He's a swell guy, and bald.