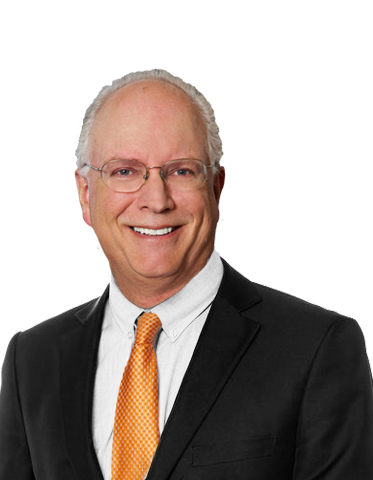 Craig Merkle is a founding partner of Goodell DeVries and has been actively involved in trial practice since 1982. His practice is concentrated in professional malpractice defense, hospital litigation, and professional disciplinary and licensing actions. He also served as trial counsel with the firm's pharmaceutical and medical device practice groups.

Craig is a Fellow of the American College of Trial Lawyers (ACTL) and a member of the American Board of Trial Advocates (ABOTA). He has also been repeatedly recognized for excellence in his practice by Chambers USA, Maryland Super Lawyers, and Best Lawyers.

Craig has represented physicians and health care providers in virtually every medical specialty, as well as community hospitals and academic medical centers throughout the state of Maryland. Representative self-insured institutions and insurance company clients include The Johns Hopkins Hospital, The Doctors Company, Mercy Medical Center, Upper Chesapeake Health System, Ascension Health, and St. Agnes HealthCare, Inc. Craig has tried to verdict numerous cases in the Circuit Courts of Maryland, as well as in the United States District Court for the District of Maryland.

Craig has been involved in the firm's medical drug and device practice.  He was lead trial counsel for multi-party trial groups in the diet drug litigation in the Court of Common Pleas in Philadelphia, Pennsylvania. He has also been involved in the evaluation, discovery, and work-up of lawsuits arising from prosthetic knee implants and the investigational study of diabetes drugs.

Craig has represented health care systems in a number of matters that extend beyond the professional liability arena where he frequently practices. For example, he is often requested to provide counsel and guidance to hospital leadership on issues concerning privileging and employment disputes, impaired physicians, boundary violations, and disciplinary actions. This representation involves complex problem-solving challenges in an effort to balance the safety of patients, the common law and statutory obligations of the institution, and the due process rights of the involved health care providers. Craig has represented hospitals in lawsuits arising from denials and restrictions of hospital staff privileges. He has also been involved in the defense of hospitals in wrongful discharge suits brought by health care providers.

Craig has represented individuals, partnerships, and corporations in a wide array of litigation matters arising in tort and contract. For example, he represented a major manufacturer of dental equipment and supplies in recovering damages under a licensing agreement following a product recall of the licensed product by the FDA, FTC, and EPA. He represented a hospital system in a series of lawsuits and claims arising from multiple patient deaths allegedly due to the outbreak of Legionella.

In addition to his trial experience, Craig has extensive appellate experience. For example, he successfully handled an appeal in which the Maryland appellate court refused to recognize a duty by health care providers to warn friends and family members of a patient's HIV status.